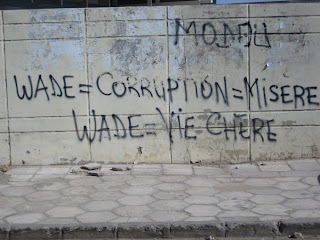 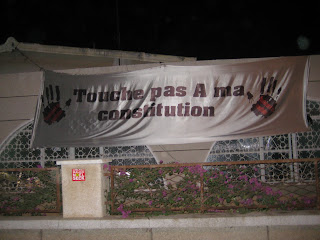 Yesterday, Senegal’s Constitutional Council ruled that President Abdoulaye Wade can run for a third term, and that popular musician Youssou N’Dour could not run. Riots erupted, leaving a policeman dead. As we described earlier, Wade is relying on a somewhat tortured, though not insane, reading of the constitutional scheme as amended since he acscended to power in 2000. Wade follows the pattern of the long-time opposition leader who calls for democracy, then finds giving up power undesirable.

Wade was originally elected to a seven year term, renewable once, under the prior constitution in 2000. After taking office a new constitutions was adopted, reducing the presidential term to five years, after he completed his first. In 2007 he was re-elected and secured an extension of the term to seven years for future elections. He then argued that his second term was in fact the first one served under the new constitution. There is a genuine legal issue as to whether terms in prior constitutions ought to be counted in any term limits scheme, but the danger of self-dealing suggest that the answer ought to be yes.

When I was in Dakar last month, I found mixed views about Wade, but there were visible signs of disatisfaction with his regime, as evidenced in the photos above!