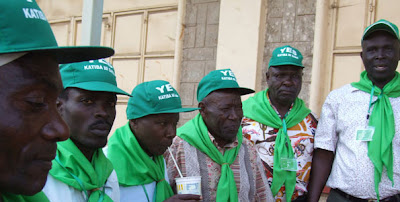 Kenyan citizens go to the polls tomorrow for an up and down vote on the new constitution. According to reports in the Daily Nation, voters are expected in record numbers. Despite early warnings from the government that funds were in short supply to support the election, ballots appear to be in place, a national holiday proclaimed, and security measures taken.

Polls have consistently predicted a comfortable victory for the “yes” contingent of about 30 points. One from five days ago had the “yes” side at 66% and no at 20%, with another 14% either undecided or determined not to vote. This is no surprise given the relative consensus among elites regarding the new higher law. The rivals President Kibaki and Prime Minister Odinga are both campaigning hard for “yes,” although at least three ministers have taken a stand for “no.”

Importantly, surveys have shown 85% of citizens saying that they will support the outcome, whatever it is, suggesting that Kenyans are either happy with or resigned to the new constitution. This consensus, at least as it translates into legitimacy, may well be the most important result of the election tomorrow.